Exactly 4 years ago I had attended the first Great Indian Developer Summit ever. And I was glad I had the opportunity again this year and this time, I had my colleagues for company. We had chosen the last 2 days of the summit, which includes the JAVA day and workshop day. The venue, IISc campus was well suited for a conference of this stature, my other favorite being the Foss.in events held here in the past. 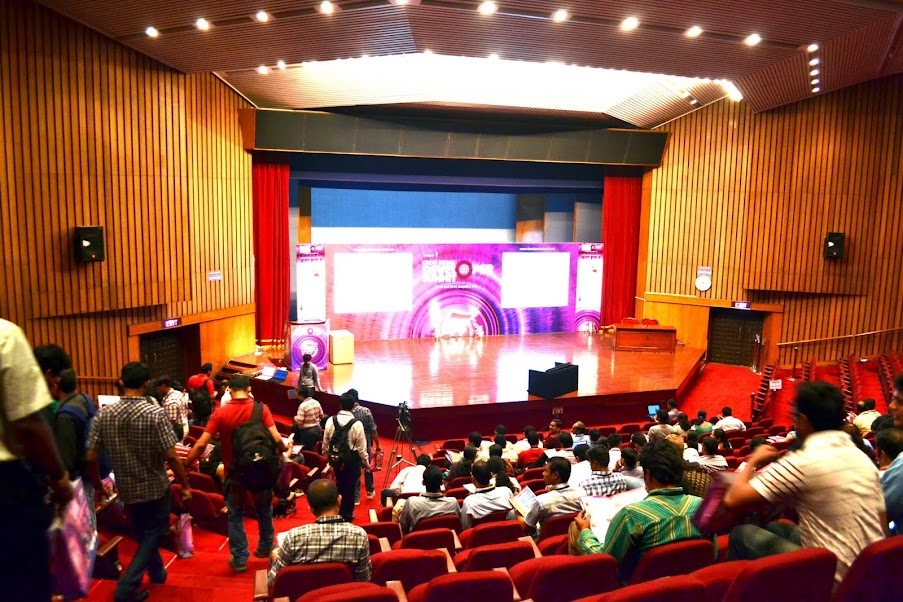 Keeping with the tradition of GIDS, the organizers Saltmarch Media, planned the event very well keeping the sessions as independent as possible. Which means you will be less torn for not having attended the ‘other ‘ session happening in other halls at the same time.

The Java day was kicked off by Venkat Subramaniam giving a session on ‘Refactor your Language Portfolio’.  His sessions had maximum attendance, and it was observed from the twitter feed that many were keen on following him for his different sessions around the campus; his passion for languages is contagious, he has so much inspiration to appeal to your geek self. We had sneak peeks into Java7/8. Notable observation was the return of functional programming concepts. Eg:- Clojure, scala and use of lambda expressions. His session on Concurrency was also a big hit.

The other favorite speaker for all was the ever enthusiastic Scott Davis. Sharing his profound knowledge of Javascript and CSS and largely the HTML5 as a web development platform. His notable workshop session was the ‘Airplane-Mode HTML5 – Making Your Website Mobile-ready’.

There was also a hands on jQuery AJAX  workshop by Lakshmi Sri and Veena Bhatt, where a sample project was shared and we were asked to work upon it. I have shared the same here.

My colleagues Sundarmoorthi , Arun Ravi, Nagaraj , Ajay and Prabhat each one Toughtworks T-shirts after solving the Bubble sort algorithm challenge in their stall. 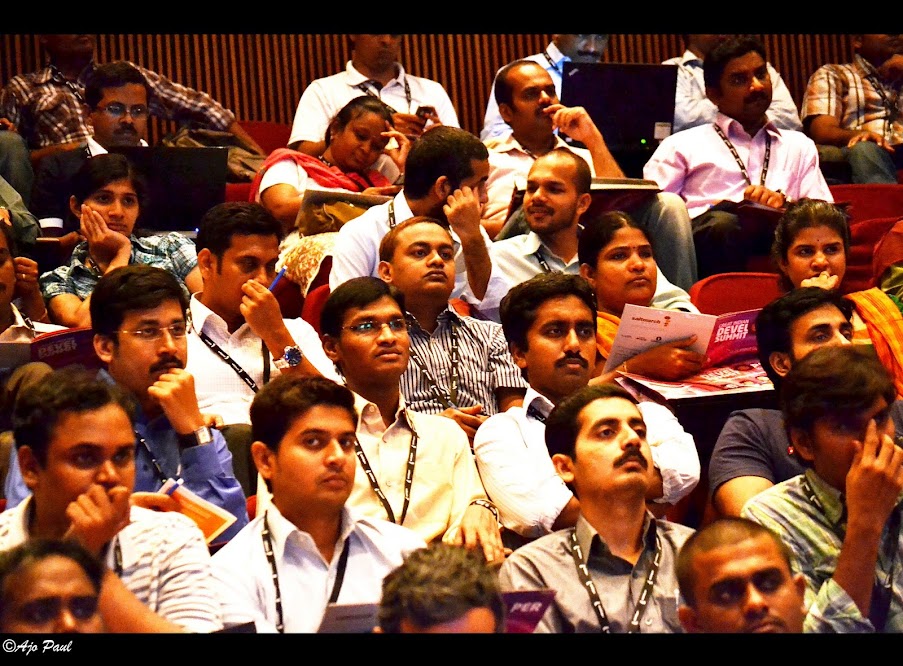 There was also an Interesting Session from GoldmanSachs VicePresident (Yes, a VP who still codes) – GS Colelctions , a collections framework for Java. It has JDK-compatible List, Set and Map implementations with a rich API and set of utility classes that work with any JDK compatible Collections, Arrays, Maps or Strings. More details here.

On the last day, I had a chance to attend the hands on workshop on Blackberry’s Webworks API. There was an introductory session for developing in HTML5 with Webworks API. We were provided with the SDK kit for blackberry devices in a Pen drive along with a Simulator installation file for Blackberry. There were tasks provided wherein we had to enhance existing sample applications to add new features. It was a daylong hands on session where lot of emphasis was laid on the future of blackberry platform and its internals. The whole workshop was targeted towards the developer community to attract them to explore the API further. In the tablet space, the only way to succeed is to have as much apps submitted to the Blackberry world ( Seeing the Android and iPad success). As a result we were all provided with a Blackberry Playbook tablet to take our interests further,  which was the most pleasant surprise of the day 🙂

For the two days I had also taken active part in tweeting about the event. On the first day I won a technical book (SAS programming) for my tweets and contributing to their picture gallery. On the last day I won the best tweet award and took home an executive golf kit. The winning tweet was :

Trivia of the day! In Dutch gids means ‘Guide’. How appropriate for what’s happened in the last 4 days.

The whole expo was an enriching experience, listening to various experts in the tech world along with networking with your peers.